Now that I am following this theme more closely, altering documents to change the facts, I am seeing it everywhere. Fantastic work was done by a Carnegie museum conservator on this Renaissance era painting of Isabella de’ Medici. She was the daughter of the Grand Duke Cosimo I de’ Medici, the great Florentine Family, and steeped in the families intrigues and business affairs. She was murdered, and many speculate her brother and husband were involved.

The conservator uncovered another photoshopped woman in history. Francis Needham, who worked at the National Portrait Gallery in London in the mid-1800s transferred the painting from a wood backing to canvas and then altered her face to give her the Victorian Baby Doll personage. This was most likely done so it would sell in the Victorian market.

On the left is the Victorian facelift, and on the right is the original face of Isabella de’ Medici. 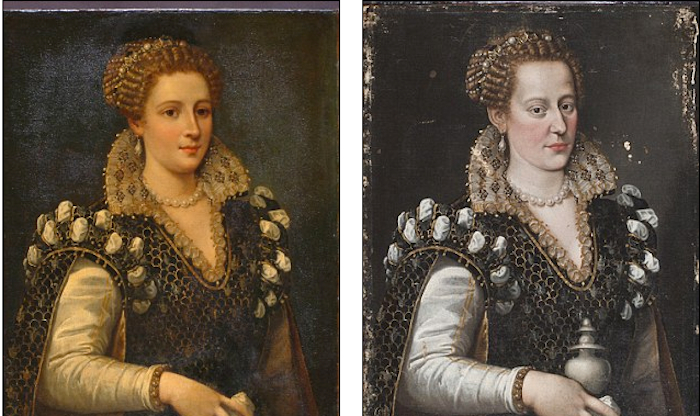